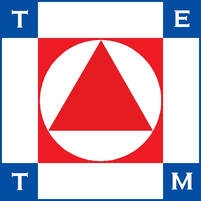 Pythagoreian Via of T::E::T::M::
​The Pythagorean Mysteries are a complete ritual path, which starts from the beginning, that is, the unconsciousness, and leads to the peak, meaning that, the seeker becomes a resident of the Islands-of-the-Blessed.

The Pythagorean Order <Ermeas TrisMegistos> does not claim the paternity of any of its rites because they are a combination of rites from many Orders such as Freemasonry, AMORC, Memphis Misraim, Martinist, as well as Alchemy and the Orthodox and Catholic Church.
The multi-collection was practiced by Pythagoras himself when he combined elements from all the traditions in which he had been initiated (perhaps even from some traditions in which he was not initiated but was aware of their elements) in order to create his own Mysteries.

The same happened both with the founder of the modern Pythagorean Order Emile Dantinne and his successor Jean Mallinger, who created the Order by taking elements from initiatic traditions of which they were members as well as other traditions of which they were not members but they were aware of them, such as the rites which are performed in Christianity.
In addition, they’ve taken information from the Basilica of Porta Maggiore in Rome. After all, these ancient rituals that are depicted in it are depictions of the Mysteries founded by Pythagoras and therefore a combination of all that he knew and initiated into. 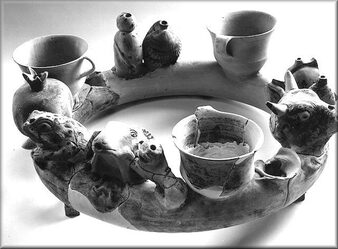 ​Emile Dantinne, with Jean Mallinger as his successor, combining all the elements known to him, founded in 1919 his order, which reaches the present day and is legitimately represented by the <Tagma Ermeas TrisMegistos>.
This is a truth that the Pythagorean Order never concealed.
Some inspirations from the enlightened past members have been added to the rites, but these are few and do not differentiate their essence.
A seeker, member of any Order, participating in the rites of the <Tagma Ermeas TrisMegistos> may easily identify elements from the tradition he or she belongs.
The <Tagma Ermeas TrisMegistos> is always open to add to its rituals a Truth which will be presented to it by another tradition or will be presented to it by modern science, which it respects very much. 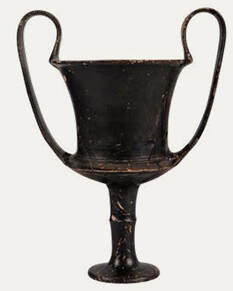 ​What is worth describing are the Principles on which the steering of the Order’s boat is practiced, both Esoterically and Exoterically.
Four key Principles will be mentioned:

ΙΙ
The rites of the <Tagma Ermeas TrisMegistos> aim at the creation of the Body-of-Light.
This creation evolves and takes place gradually through the initiations and nourishment by the initiatic actions from the rites of the Order, which are performed on a weekly basis.
Using, in all the rites of the Order, the four Pythagorean Elements (Fire - Air - Water - Earth), the creation of the Body-of-Light takes place, so that the member, when this creation is completed, becomes a link of the Heavenly Brotherhood.
Helping in this process is the acceptance of all aspects of the psyche.
Every aspect of the psyche, through acceptance, can be a useful tool in this creation.
The <Tagma Ermeas TrisMegistos> advocates that there are no good and bad psychic aspects (attributes), instead all can be useful tools in building the Body-of-Light.
Consciousness makes the difference.
The transmutation of an unconscious-disharmoniously-expressed psychic aspects into consciously-harmoniously-expressed ones is a basic alchemical work which takes place in the Alchemical Furnace, that is, within the framework of the rites, of the <Tagma Ermeas TrisMegistos>.

ΙΙΙ
The fee requested by the <Tagma Ermeas TrisMegistos> for the Esoteric – Initiatory Support it offers to its members is only their Work.
The members of the Order do not have any financial obligation, because, in the opinion of the Order, the Initiation cannot be purchased. As a result, the only criteria for every initiation are exclusively Esoteric.
The cleanliness of both the Esoteric and the Exoteric quarters, the arrangement of the ritual objects and the appropriate decoration with simple flowers, are some examples of offer.
The head of each branch of the Order owes to cover, out of his personal budget, on the one hand the housing and on the other hand the operating expenses of the Boat of which he is the helmsman.
Finally, the Order asks from its members for their aid and contribution towards the unfortunate ones, with the aim of becoming Philantropotatoi Daimones (Most-Philanthropic-Angels), that is, to offer to fellow human beings (and Nature) whatever they can, such as blood donation, feeding poor people or stray animals etc.

IV
In the context of the initiations of the <Tagma Ermeas TrisMegistos> the Alchemical Marriage and the creation of the Homo Androgynous is achieved and therefore, from a certain degree of initiation and onwards, the physical gender of the member is not important.
This results in women being able to receive all the initiations and even become Protodidaskalos (Grand Masters) of the Order. 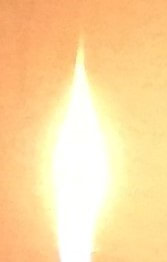 ​May the Immortals present to each seeker the appropriate Initiation Path for him/her.
pdf